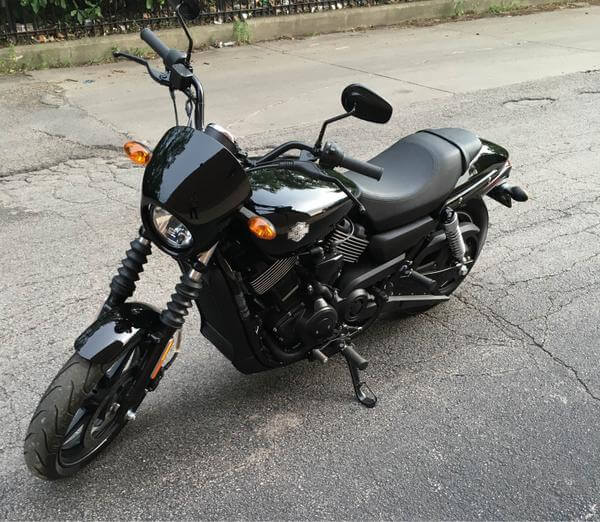 Over the summer, my Harley Street 750 has been my primary mode of transportation around the urban jungle of Chicago. If you’re not up on Harleys, the Street series bikes are a bit of a deviation from the standard Harley formula. For starters, it’s liquid cooled and aside from the Porsche designed v-rod, all Harley’s are air cooled engines. It’s also lightweight (by Harley standards), coming in at 460 lbs compared to Sportster Iron 883 which is 550+ lbs.

Which makes it easy to navigate the 27 stop lights on my 6 mile journey into our shop everyday. Without traffic, that’s 30 minutes. If you’re doing that math, that comes out to 12 MPH without unusual traffic. As they saying goes, that’s life in the city.

Another deviation from the Harley norm is the camshaft design. All Harleys, aside from the v-rod, are push rod engines as opposed to overhead cam designs. This will probably never change as the pushrod design is what give Harley’s that unique rumble sound. However like it’s v-rod cousin, the Street series bikes are over head cam engines. Essentially, the Street bikes are smaller cousins of the v-rod.

Get Our Killer Cooling Tips And Special Deals!
Plus special e-mail only deals